I think I did a little dance on Saturday just like this after my run!!!!  Went out with 3 running friends to “try” and do 5 miles.  I haven’t done that distance in a while.  I’m not discounting that I did a 10k in July but I really didn’t train for it and right after I returned back to doing 3 mile runs with an occasional 4 mile run.  I’ve not been really “liking” running lately.  Not that I like it in the first place but you know what i mean.  It’s been harder than it should, I’ve been sore/achy, and the heat & humidity have been terrible which never helps.  After my crappy run on Thursday, I didn’t have high hopes but I rolled, stretched and took care of my legs, hips and back.  The weather was perfect, low 50’s and not too humid.  We set out, I mapped out a route for us that would be right over 5 miles.  I set the pace, since I knew where we were going!!  hehe  We just took it slow and steady.  Before I knew it, I had run 2.5 miles without stopping (haven’t’ done that in a while) and took a short walk break.  I knew that the bad hills were coming (really only 2) but we couldn’t walk over them, only makes you stronger if you run over them.  So onward we went!!!  I did it!!!  Ran over the hills and almost 2 miles later, I had to take my only other walk break!!!  Nothing to be unhappy about at all and my lower back and hip were feeling fine.  Walked for about 1/4 of a mile and I said it’s now or never.  If I stop again, that will be it, my legs will start to tighten up and that means the end of my run.  So we set off for one more stretch of ~1/2 mile.  I did it!!  Made it back to the start just over 5 miles and I was DONE!!!!  My legs were toast but in a good way and I felt good!!!

Pace stayed steady pretty much the whole time and look what we ran over!!!  I came home, showered and then stretched/rolled.  Felt good the rest of the day.

So on Monday, I had an appointment at ProHealth Physical Therapy and Pilates Studio.  This is where I went for PT for my hip at the beginning of the year.  My running friend Christine is a Pilates instructor.  She and I had been chatting last week after my back was kicking in during my run.  I know I need to strengthen my core.  So she suggested that I come in and have a private session with her and she can figure out what my strengths and weaknesses are.  I loved the idea!!!  Monday was a state holiday (Columbus Day) and my boys were out of school.  They went for a little stay at their grandmother’s house while I headed to my appointment.  Here is ProHealth! 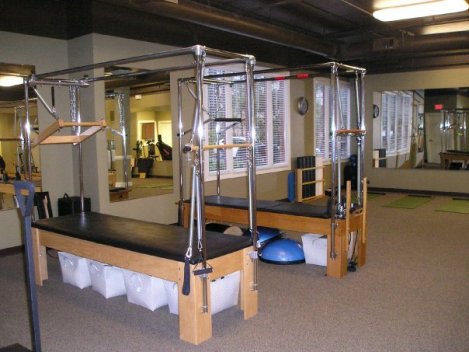 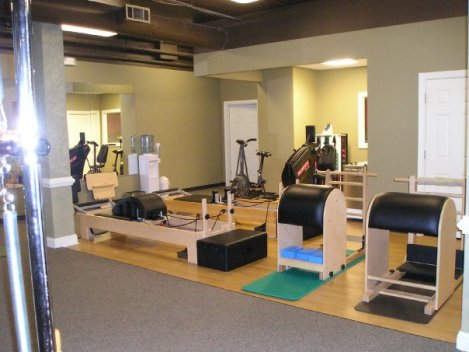 These are pictures from their facebook page.  They move equipment around on a regular basis so the actual set up is a little different.  We went into a side room to do my one-on-one.  They do pilates and kettlebell classes in here. 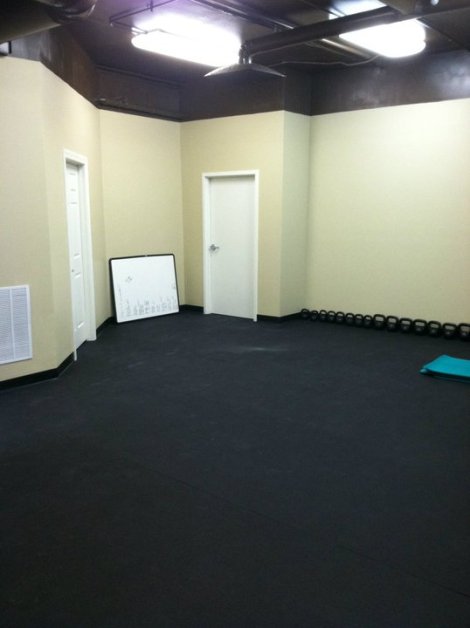 The first half was evaluation – she would have me do specific moves to see what muscle groups are strong and which ones need to be worked on.  Then the second half was going through the different exercises she wants me to do and having me do them for her to make sure I am doing them properly.  I loved it! It’s a tailored routine just for me!!!!  I know my core is weak and wasn’t surprised that I need to strengthen my hips.  I was surprised that my glutes are weak and what isn’t helping is that my hamstrings are trying to do the work of two muscle groups.  So, I have some work to do!!!  I will get my routine emailed to me soon so I can get started.  She also suggested that I should look into yoga.  I am very flexible in my hips but not in my hamstrings/calf area.  I have next to never touched my toes.  I am better than I was since I now stretch my legs all the time since I went to PT.  My PT gave me specific stretches for my legs/hips and that’s what I do.  Christine did add a slight variation but loved what I was doing.  I told her, I don’t know about yoga.  I definitely don’t have time for a regular class and I have this stupid phobia/anxiety/I don’t know what you call it – thing about doing exercise videos in my house when my husband is home.  Now huge disclaimer – he has never said anything, done anything what so ever to make me think this, I just can’t do ti!!  I’ve tried just sucking it up and doing them anyway but eventually I excuse my way out of it.  Now he has seen me ride on my trainer for an hour, swing my kettlebell (I did have a 20 lb bell that I could injure him with so that helped), lots of stretching.  So it’s not like I don’t exercise at all when he is around, it’s videos only!!  Plus I can always come up with excuses for other stuff I need to do.  That’s why swim/bike/run works better b/c I have a schedule and I have to leave the house (mostly).  I did have an idea to “try” and get up 20-30 minutes earlier and do yoga in the morning before he gets up.  The only problem with this is, this will most likely wake him up earlier than he wants to get up and will just be mad at me. hehe  So I don’t know!!  A friend (triathlon friend) gave me links to free yoga videos that she uses.  So even if I can start doing this a couple times a week that will be a start.  Here are the links to the workouts she sent me.

Going for a run tonight with my normal Tuesday/Thursday group for 3 miles.  Hopefully it will be as good as Saturday, we will see!!!

Finally, this Saturday is the Peachtree City Classic 5k/15k I wanted to run this race last year but couldn’t because of my big boys soccer schedule.  So this year, he doesn’t have a game Saturday but the GT football game starts at noon (uggg I hate noon starts) and the hubby will be going.  Have to fine out when he is heading up to the game, and then I can decide if I can do this or not.

It’s a really great race put on by the PTC Running Club and tons of my MRTT running friends are doing it!!  I seriously want to go, so we will see!!!

There was an error retrieving images from Instagram. An attempt will be remade in a few minutes.