Can’t believe it, it’s here already.  Seems like yesterday it was January and I was planning out my training schedule and kind of freaking out about what was to come.

Now it’s the end of April and I’ve made it, hit a lot of my training (as best I could) and feel good for my two races coming up.

I’ve been here before, this is the 3rd year I have ran this race.  I decided over 2 years ago that this would be my 2nd half marathon and so I jumped off a cliff so to speak or just ran down a mountain.  This race is crazy, it’s fast, it hurts but I am drawn to it and keep coming back for more.  Last year there were about 25 people that came back for the second year.  I hope to find out how many have run all three years.  I get a hat for being a streaker. 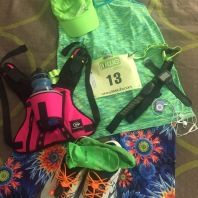 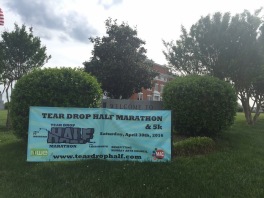 So here I am, in my taper (step down week) right before the race.  I know what to expect and know how I will feel after so that’s a little nerve wracking.  I know my quads are going to be trashed and I will walk funny for multiple days.  But something I noticed last year was that since I had several more half marathons under my belt, I was stronger.  Since I was stronger, I recovered faster than I did the year before with only having 1 half marathon before my race.  This year, I have now completed 6 halfs and I’ve been doing strength training on a really consistent basis.  So I am optimistic that I will do well and recover well.

I have had a lofty goal to complete a half marathon in 2 hours and 30 mins.  I’m still working to get there for what I would call a normal race – like Rock n Roll New Orleans or Solider’s Half in Columbus.  But my last time at the Teardrop was 2:46.  I hit mile 12 at exactly 2 hours and 30 mins.  So I was only 1 mile away from my goal.  That last mile was a booger, after you have run downhill for so long and you have to go back up, it hurts.   So if I can get to mile 12 before 2:30, then I have a chance.  I also want to get a new PR (personal record) and at least beat my time from last year.  I think, no I know I can do it.

So this week, I will swim a little, bike a little and do a mini triathlon on Friday to keep me loose and moving without getting too worn out.

I’m going with another group of great ladies that I have convinced to come on this crazy adventure with me.  Several were from last year, even have one coming back from the first year.

So look for pictures and updates from the race.  I’m as ready as I will be for my crazy adventure.  Just have to decide what I’m going to wear.  Hmmmmmmmmmm………… 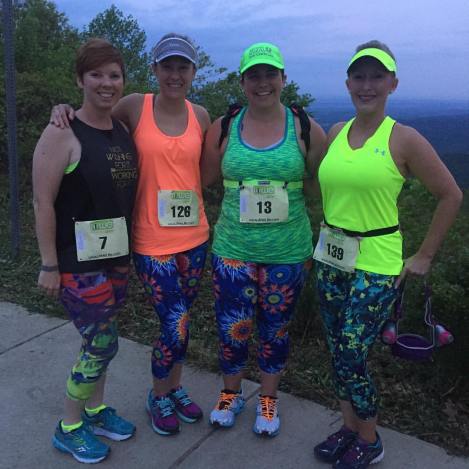 One response to “6 days until the Teardrop Half”